The Beast From The East 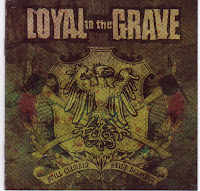 Even though the mid 90s style of hardcore has become more and more scarce in the US and to some extent Europe, it has been left to more untraditional demographics to continue the endeavour. The two current strongholds are South America and Japan, more so the latter and especially the Tokyo 168 and 178 crews who seem to be determined to preserve but also improve the sound of those who founded the style in the aforementioned epoch. At the centre of this is Hiro Kohama who is now involved in 4 bands (if not others he hasn't told me about) that are dedicated to the sound of those mid 90s illuminaries such as Earth Crisis, Morning Again, Culture, Day Of Suffering and a million others who have, over time become almost legendary in their obscurity (such an example being Blood Of Judas a band that released a tape only demo and it has become an obsession for Japanese kids and vegan diehards to find this tape).

Fortunately the productivity of these Japanese bands is far more efficient then the majority of their influences and at the forefront is Loyal who released their second full length at the tail end of last year. No tracks are posted here, although I seriously recommend that you check them out on their myspace page, http://www.myspace.com/loyaltothegrave168. Before doing that, you can sample some of their older material,

http://www.sendspace.com/file/ul7m33 - Loyal To The Grave - Jasper

http://www.sendspace.com/file/3yt928 - Loyal To The Grave - Epidemic (guess who wrote this one)

The lead track showcases the direction that Loyal have moved towards, the riffs flow fare more loosely and whilst there is still that ominpotent chug at the basis of their writing they are able to entwine deftly with subtle melodies making it memorable whilst rendering the riffs even more powerful. The tracks 'Jasper,' and 'Countless Attempts,' are from their debut full length, here they were far more rigid in their approach focusing on choking the listener with their riffs. The final two tracks are from a stop gap EP which featured 5 smoking originals and 2 interesting covers, you'll have to pick up the CD to see who the other cover is!

In terms of finding this stuff, its still a tad frustrating, Surprise Attack has copies of the full length, http://www.surpriseattackrecords.com/store/index.php?main_page=advanced_search_result&search_in_description=1&keyword=loyal+to+the+grave.
I believe that the new full length will be coming out on that label sometime this year, but if you can't wait, its best to go directly to the source and get in touch with xHirox for a copy, http://retribution.ocnk.net/.
Posted by xbenx at 9:14 PM

MOSH. I don't think I have any of these guys' shit either. It's a damn shame how hard it can be to find some of the Japanese stuff in the US. I know this band is among the more readily-available over here, but I can remember years ago contacting a few labels in Japan and having some of them tell me they would not even sell to me!? It's so isolated, but there are some raging bands over there.