Searching For The Truth... 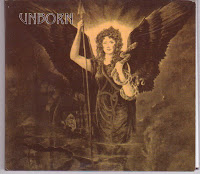 Lifeforce's current roster cannot hold a candle to that of their past, so many of their releases are now so sugary, so palatable, so zeitgeist (I mean that in a bad sense) that its really amazing and still for me, hard to comprehend, that this label was churning out great record after great record. Yeah I know its not the late 90s or early 2000s but how a label can go from releasing some of the best metallic hardcore that Europe and the States had to offer to dross such as Raunchy is still something I am having a hard time to swallow. Having said all that, you can all castrate me for the fact that when it hits the right distros, I will be purchasing very quickly the new Deadlock album, even though I have heard reports that they have also now become somewhat sugary. .

Anyway, back when Lifeforce was a hardline (this is being used as an adjective, I have no idea if the owners were actually hardline) vegan straightedge label that only released material by bands that were of that ideology. They put out a slew of quality EP's, reissues (the Framework collection) before moving onto acts such as Heaven Shall Burn, Caliban etc that really made the label a force to be reckoned with. Then when Trivium joined the label, it ascended their status further and they are now a big, big label (in terms of independents anyway).

Thus its even harder to believe that they stuff they used to release was so raw, and unpolished, typified by the likes of Rancor, Insurrection and the mighty Unborn. This UK pack (of wolves) unleashed this, their second major release back in 1998, at a time when the UKHC scene was in a pretty tumultuous state. 'Truth Against The World,' followed their raging debut 7 inch on Sure Hand and it saw Unborn increase the metal factor (and song length), making this EP a short but potent stab to the eardrums.


http://www.sendspace.com/file/0zyven - Unborn - Blood & Time At The End Of The World


http://www.sendspace.com/file/6cqfmm - Unborn - Free To Be Human


This is going for a silly price here - http://www.verydistro.com/moreinfo.aspx?id=1507

Now seeing this EP is criminally short (and because I'm a generous feller) I'm enclosing two of Unborn's rarer tracks that were released on compilations (Rat told me, but I've forgotten which ones, one track was definitely on 'Stones To Mark A Fire.') These rip, and are easily some of the best material the band put to tape,

Fuck, did you really had to bring that one out? I gave away this CD for some silly ammount of money and I officialy regret it.

I know it's all bad metal, but there's something to it that just makes me wanna listen to it again and again.

Nick's lyrics and vocals are fucking amazing. "Free to be human" is probably single best anti-homophobia lyric ever!

Although the artwork was pretty much fucked up, I loved different quotes on the CD and lyrics explanation.

Mike, your crazy guy!!! How could you give this away!!! Well, you can get it from the link I patched in for a good price, so move on that!!!

the answer to your question as to why the label changed so much could very well be that the original owner, Ruediger Mahn, sold/gave the label to the current owner Stefan in the late 90's.

Ruediger disappeared after that, never to be seen or heard of again. He was indeed strongly affiliated with hardline back in the day.

I saw rudi at an earth crisis show in birmingham uk about 2 years ago!!